February 2011. Transition from an informal volunteer group to a Community Group with a Committee and Constitution. This enabled us to apply for grants for equipment and projects

January 2013.  Installation of play equipment, apart from the seesaw which came later.

The 5 pieces of equipment were supplied by Huck Play, part of Huck Netting Bridport, 2 at full cost + installation and 3 ex demonstration pieces for which they only charged for installation.

£1,200 from the Bridport Area Community Fund (Bridport Car Boot Fund)
£500 from Allington Parish Council
£500 from Bridport Town Council
£250 from Bridport Lions
£980.63 in Donations
£1,327 from the West Dorset Leisure Development Fund (20% of the VALUE including the donated pieces, which was very good of them)

May 2014. The see-saw was added. It cost a bit more than was left but the extra came from our own funds. The volunteers installed it which saved quite a bit of money. 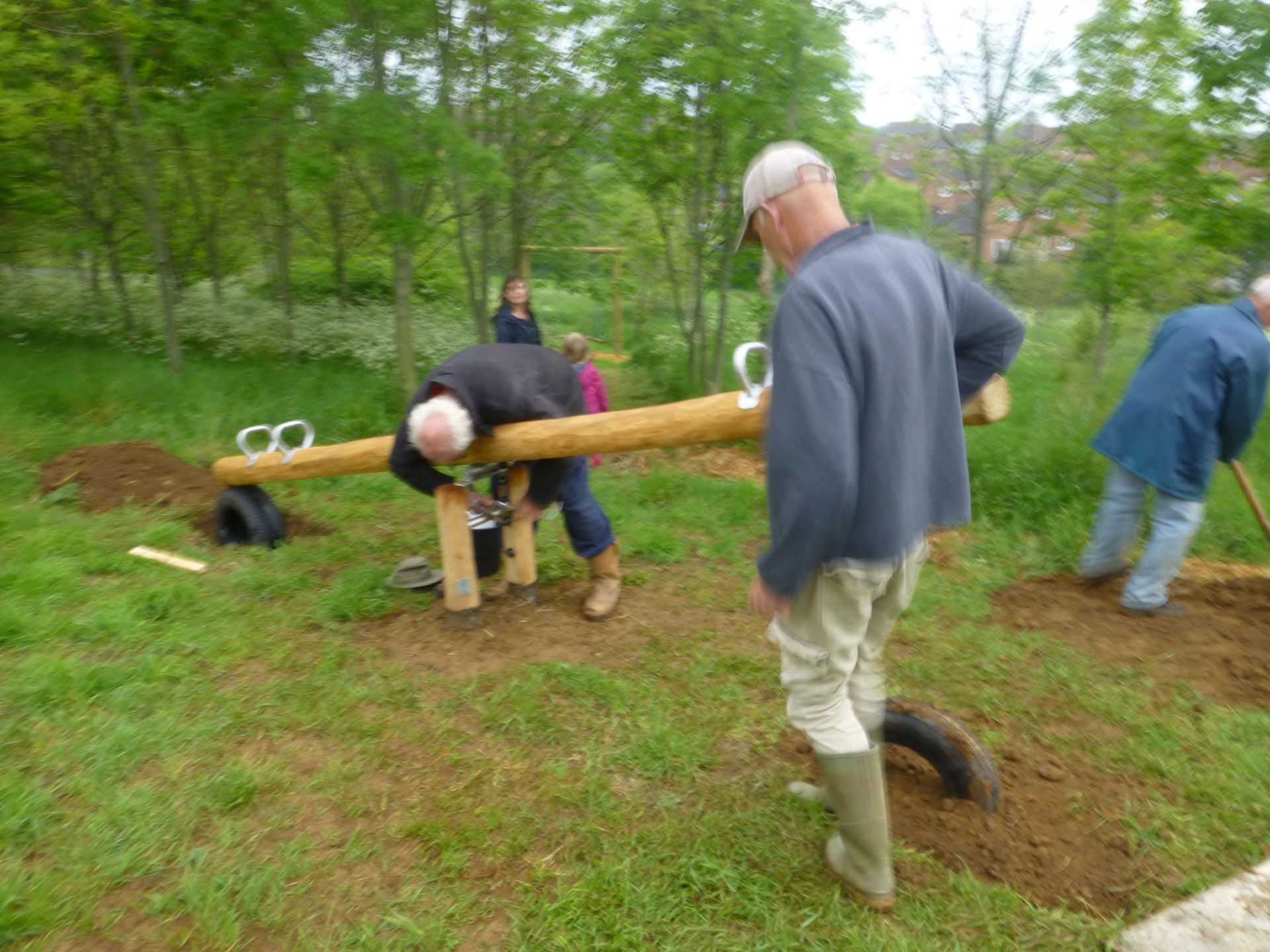 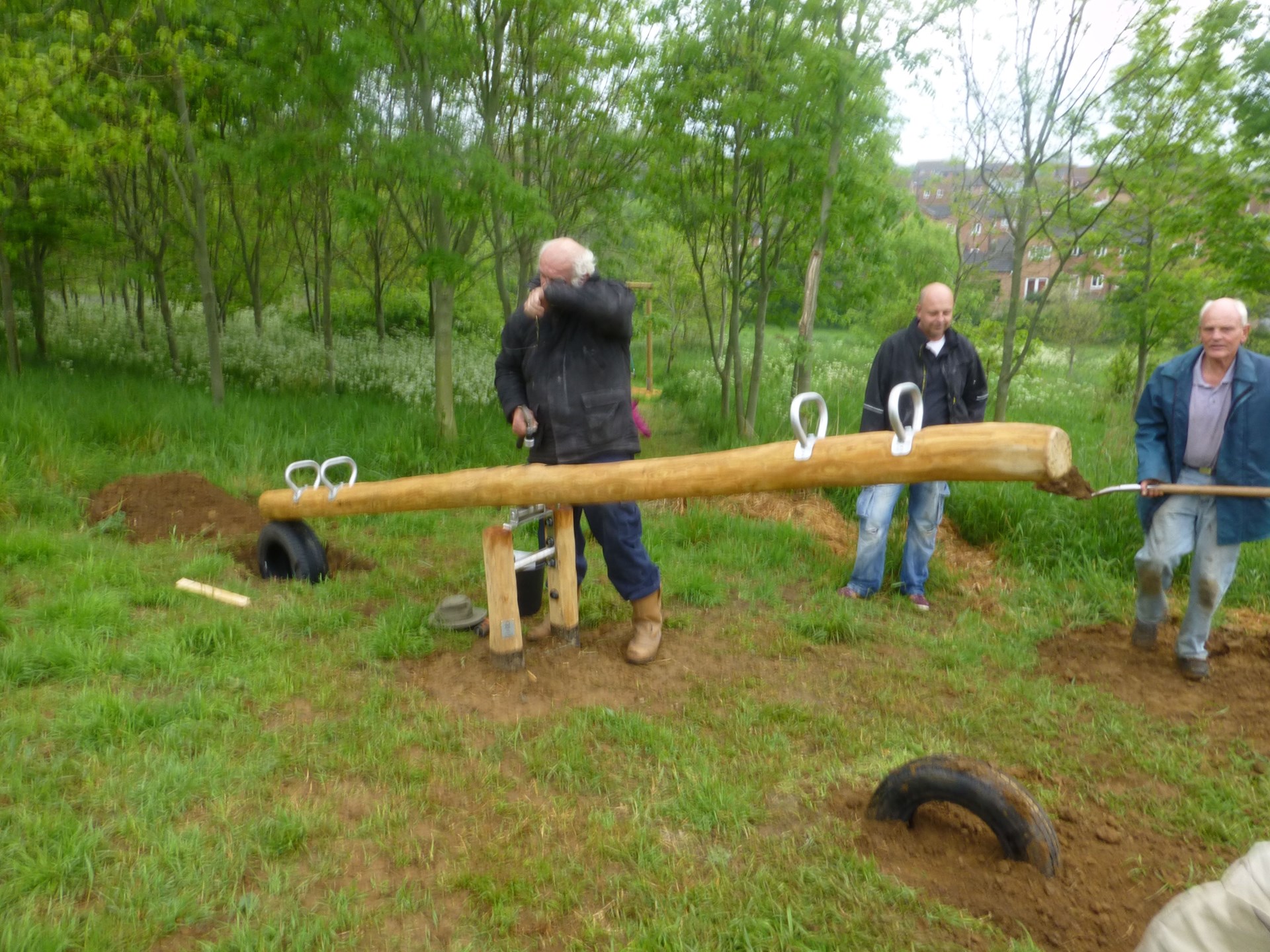